The World of Master of Crows

The Lightning God's Wife — Love is...hope and sacrifice. While watching an approaching thunderstorm, the slave woman Martise tells her lover--a renegade sorcerer known as the Master of Crows--the story of a human woman who became wife to the lightning god and brought rain to a dying world.

The shadow cloud was gone, leaving behind only a merciless blue sky, trenched earth and a prone figure not far from the cave. The children hovered over him, both pleading in shaking voices for him to wake up. Revida drew closer and heard the boy command in a surprisingly powerful voice "Father, open your eyes." She crouched beside him. A man sprawled on the ground, so caked in dirt and grit, he looked more golem than human. Revida couldn't make out much of his features and none of his hair color. Like the children who claimed him as their parent, he was thin and dressed in rags held together by prayer and stubborn thread. The girl clasped his hand in both of hers, and the boy gripped his shoulder with a white-knuckled hand. "This is your father?" Revida flattened her palm against the man's chest. The boy nodded. "He was trying to save us from Sumarimis." An icy whip snapped up the length of Revida's spine. Sumarimis. The Bitter Dark. She'd admonish the boy for spilling tall tales except she'd seen the blackness hurtling across the plains herself. Why a creator god would chase two small children into a cave was beyond her. Equally surprising was that her sigil had kept the god out of the cave. Revida glanced briefly at the boy, eyes narrowed. She hadn't been the only one who'd drawn sigils.

What would you do to win your freedom? 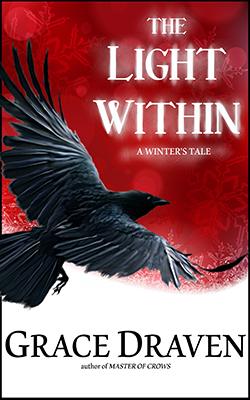 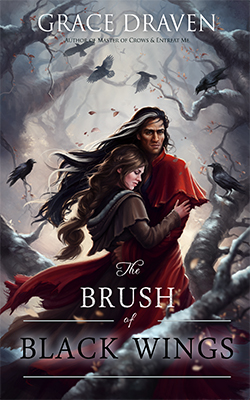 The Brush of Black Wings

~The novella-length sequel to MASTER OF CROWS.~ A tale of revelation and redemption.

A tale of the Glimmer Lands in the world of MASTER OF CROWS. An optional story in this world.