The World of The Fallen Empire 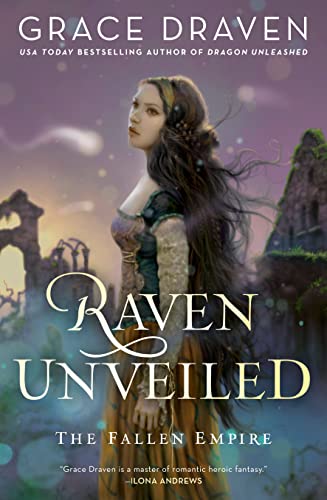 A woman with the gift to speak to the dead—and the assassin pursuing her—may be the only chance a crumbling empire has of holding back true evil, in this electrifying fantasy romance from the USA Today bestselling author of Radiance.

Siora has been on the run for longer than she cares to remember, from her past and her gift. Born with the ability to see and speak to ghosts, she has heard their desperate pleas as an otherworldly predator stalks the dead amid the fertile killing fields of the collapsing Krael Empire. The creature’s power and reach are growing with every soul it consumes, but Siora is preoccupied with her own troubles: namely an assassin who has sworn an oath of vengeance against her.

Gharek of Cabast was once the right-hand man of the reviled empress but is now a wanted fugitive. Although his reasons for hunting Siora are viscerally personal, what Gharek can’t anticipate is that when he finally does find her, she will hold the key to saving his world, or what’s left of it. To make good on old debts and protect the vulnerable dead from a malevolent force, Gharek and Siora will both need to make an ally out of an enemy—and trust that will be enough to save each other.

Magic is outlawed in the Krael Empire and punishable by death. Born with the gift of earth magic, the free trader Halani keeps her dangerous secret closely guarded. When her uncle buys a mysterious artifact, a piece of bone belonging to a long-dead draga, Halani knows it's far more than what it seems.