Beneath a Waning Moon 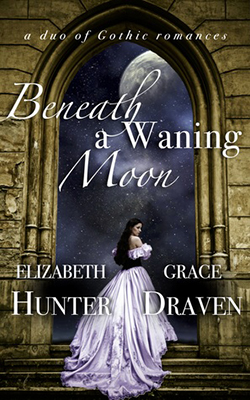 In A VERY PROPER MONSTER, Josephine Shaw spends long nights filling the pages of her Gothic stories with the fantastic and the macabre, unaware that the suitor her father has arranged is one of the dark creatures she's always dreamed. For Tom Dargin, courting an ailing spinster was only one duty in a long life of service to his sire. But after he meets the curious Miss Shaw, will Tom become the seducer or the seduced? Can a love fated to end in tragedy survive a looming grave?

In GASLIGHT HADES, Nathaniel Gordon walks two worlds--that of the living and the dead. Barely human, he's earned the reputation of a Bonekeeper, the scourge of grave robbers. He believes his old life over, until one dreary burial he meets the woman he once loved and almost married. Lenore Kenward stands at her father's grave, begging the protection of the mysterious guardian, not knowing he is her lost love. Resolved to keep his distance, Nathaniel is forced to abandon his plan and accompany Lenore on a journey into the mouth of Hell where sea meets sky, and the abominations that exist beyond its barrier wait to destroy them. Beneath A Waning Moon has been reviewed by RT Book Reviews, and received a Top Pick in the latest edition of their magazine! You can also read the review on their site below.

Beneath A Waning Moon on RT Book Reviews